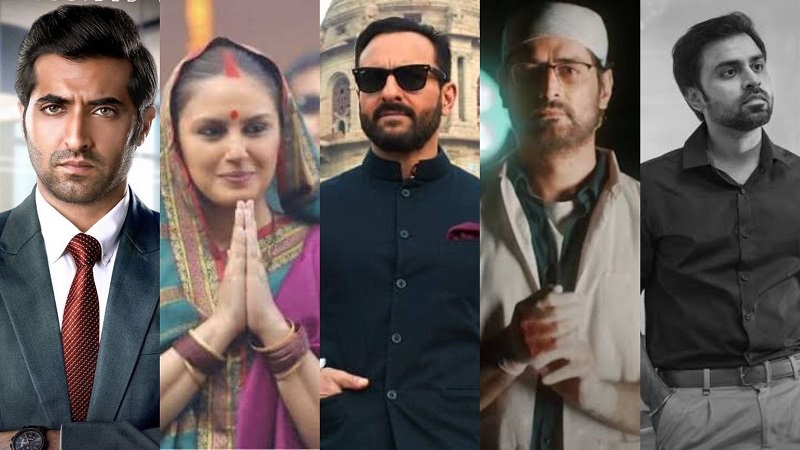 As the year 2021 draws to a close, Indian OTT platforms have provided an array of intriguing, compelling shows that captured viewers’ attention. Netflix, Amazon Prime Video, Voot Select, Sony LIV among others have consistently kept their subscribers engaged. As promised, the platforms released compelling shows in 2021 such as Maharani, Illegal 2, Tandav leading the viewers to binge.

Viewers and critics alike loved the shows. Find out which shows were enjoyed by their audiences.

Starring Neha Sharma, Piyush Mishra, Parul Gulati, Tanuj Virwani, Satyadeep Misra and Akshay Oberoi. The second season of Illegal follows Niharika Singh, an idealist lawyer who must navigate contentious cases, high-profile rivalries, and a complex personal life as she navigates her legal career. The second season of the popular franchise takes Niharika and Janardhan Jaitley to the next level as they face off against one another.

Drama set in Bihar in the 1990s. Caste arithmetic, traditional satraps, and a rising voice,Will Rani Bharti (Huma Qureshi) survive this? Huma Qureshi portrays Rani Bharti, wife of Bihar’s chief minister Bheema (Sohum Shah). All she cares about is her house and her husband. After her husband resigns from the post of Bihar’s Chief Minister, she intends to head back to the village.

In the story of Tandav, you’re taken inside the closed, chaotic doors of power and manipulation in New Delhi, the largest democracy in the world, and you’ll learn some of the darkest secrets of the Indian political system.

An emergency room is the setting for the medical thriller “Mumbai Diaries”. The series sheds light on the challenges faced by the medical staff at the hospital and the city’s first responders as a result of an unprecedented crisis. Those who work to save lives and heal others are often the weakest.

Kota Factory, a coaching center located in Kota, Rajasthan, is an educational hub. Vaibhav (Mayur More) moves to Kota from Itarsi at the age of 16 in the show. It focuses on Vaibhav’s efforts to crack the JEE Advanced exam so that he can enter IIT. Additionally, Jitendra Kumar, Ahsaas Channa, Alam Khan, and Ranjan Raj play prominent roles.