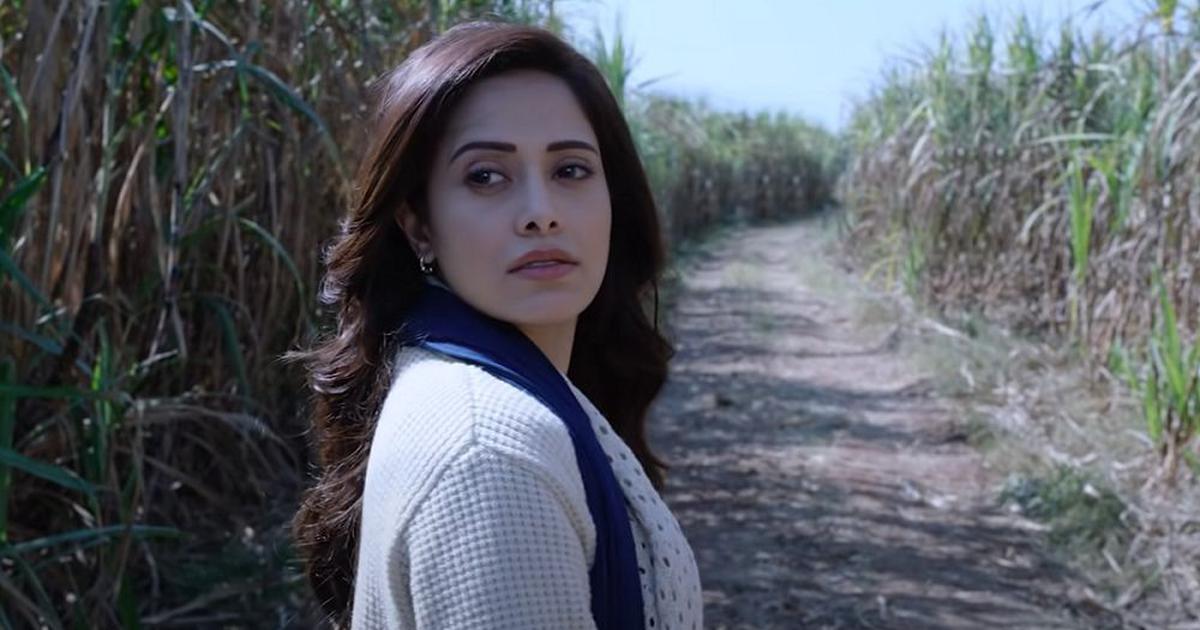 While the film’s title implies a social message, the film fails to convey it and instead veers towards horror but fails there too. The movie makers seemed to lack clarity in their thoughts. While I was watching the movie I felt a sense of deja vu in a way that reminded me of the popular TV serial ‘Lado’ on Colors TV in 2009. The serial dealt with the very serious subject of female foeticide in a remote village of Haryana. The leading lady of the TV show ‘Ammaji’ decreed the newly born girls by drowning them in milk. It is said that the practice still exists in many remote villages of India, but I could have wished that the director of the movie ‘Chhorii’ had handled this subject with greater seriousness and practicality. The element  of horror was rather chosen by him to make it more sensitizing and commercially viable which deviated the storyline from touching and conveying the real issue of female foeticide.

Amazon Prime Video is streaming Chhorii, a remake of Vishal Furia’s own Marathi horror film Lapachhapi (2017), Nushrratt Bharuccha plays the role of Sakshi, a pregnant urbanite trying to protect her unborn baby from creepy and supernatural characters. Sakshi is pregnant, and her delivery is scheduled at any moment, but due to certain factors, the couple decide to leave the city and walk down the road to the house of their driver in a remote village where they meet his wife, whose character is played by Meeta Vashisht, (similar to Ammaji from Lado in demeanor, dialect, and traits)  a woman who still adheres to the traditional conservative, regressive beliefs. In her plot to kill the female child in Sakshi’s womb, she creates a trap, and later it surfaces that Sakshi’s husband is also involved in her devilish and terrifying plans.

Although the movie had its flaws, Nushrratt Bharuccha was the main attraction and stood out, displaying an impressive performance in this challenging role as an urban girl trapped in a haunted environment. Watching Meeta Vashisht, a seasoned artist par excellence, perform was gratifying. She is undoubtedly the heart and soul of the film. The actress acted very naturally in the Haryanavi dialect, but the performance was undermined by the movie’s poor grip and slow pace.

You may want to keep a headache pill in your pocket before you start watching the movie, as it will make you feel dizzy and creepy rather than scared. Although the subject of the movie is as the name suggests is gender specific with a social message of female foeticide but In the world of digitalization taking up the subject of female foeticide seems square peg in the round hall. The film’s creators could have avoided the unrealistic horror approach they added to it if they really wanted to take this seriously. The fact that such issues still exist in remote rural areas is a sad one, but instead of relying on supernatural characters, the makers should have addressed this in a more straightforward way.

Despite the slow pace of the movie, even after half way through I couldn’t figure out where the movie was going, the script was weak, and the direction lacked interest. Music and entertainment were absent from the film, which resulted in a dull and uninteresting experience. In contrast, this film made exceptional use of the set, which was a kind of deserted and dark haweli in sugarcane fields, occasionally giving me goosebumps. In addition, the background score added to the atmosphere. According to the reviews that I read, many of them have compared the original version with the new version of this movie and have hailed it as a masterpiece, although from my perspective, it lacks a number of the elements and fundamentals of a gripping story line. Changes in movie making dynamics are driven by changing tastes of audiences and these days viewers expect more relatable subjects in which they can connect themselves and remain hooked for two or three hours. But ‘Chhorii’ doesn’t fit on these touchstones and is a real mess. Avoid popcorn and take headache medication before you watch this movie.