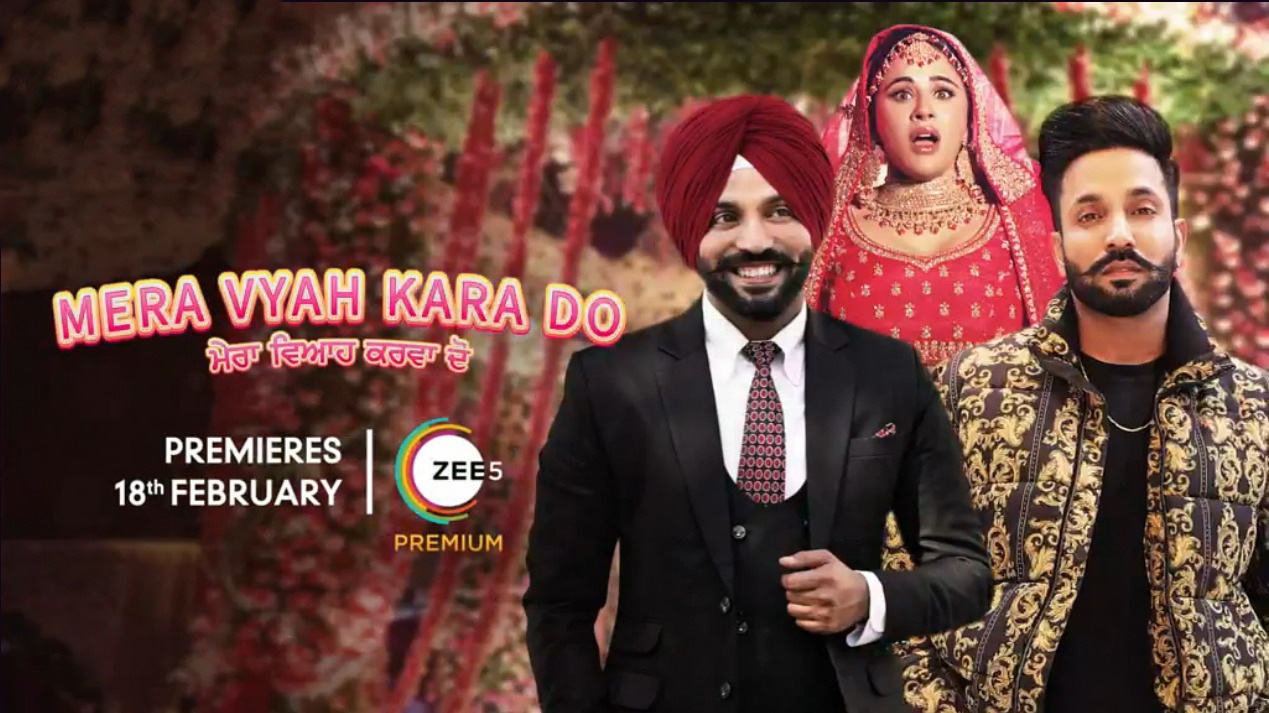 During the last year, ZEE5 broke into the Punjabi-language content market with the launch of Rajj Ke Vekho’ campaign, which entertained viewers with excellent regional content.As part of its ongoing efforts, Mera Vyah Kara Do, the largest homegrown video streaming platform, is set to entertain the public with its latest film, “Mera Vyah Kara Do”. Dilpreet Dhillon and Mandy Takhar play the lead roles in the film, which is premiering now on Zee5. The movie is produced by Raju Chadha and Vijay Dutta Khosla and written and directed by Sunill Khosla, it’s an entertaining family movie.

An interesting plot of the film revolves around a girl, Noor, who tries to find a suitable match for herself before her 30th birthday on a matrimonial website. However, she is unable to find any suitable matches for herself, no matter how hard she tries. It’s then that she changes her girl next door image, adds bold photos and comments to her matrimonial page, and her entire image changes. Although her bad girl image helps her, it can also cause havoc in her life when all three grooms turn up with the baraat at the same time at her house. Now it will be interesting to see if she will pick one of the three grooms or if she will take a different path altogether.

The producers of the movie gave an extensive statement on the film, saying, “We are very excited that ‘Mera Vyah Kara Do’ is premiering on ZEE5 and reaching out to all Punjabi fans across 190+ countries. The movie is a complete family entertainer with incredible performances by the leading and supporting cast. We are sure that it will entertain the viewers and leave them feeling content”.

In addition, Sunill Khosla, the director of the film, expressed his joy and excitement when he said, “It is a wonderful script which is well executed by the entire cast and crew. We left no stone unturned in ensuring that we deliver a top-class film and we are excited to see the audience’s response to this sweet family drama.”

In this article:Dilpreet Dhillon, Mandy Takhar