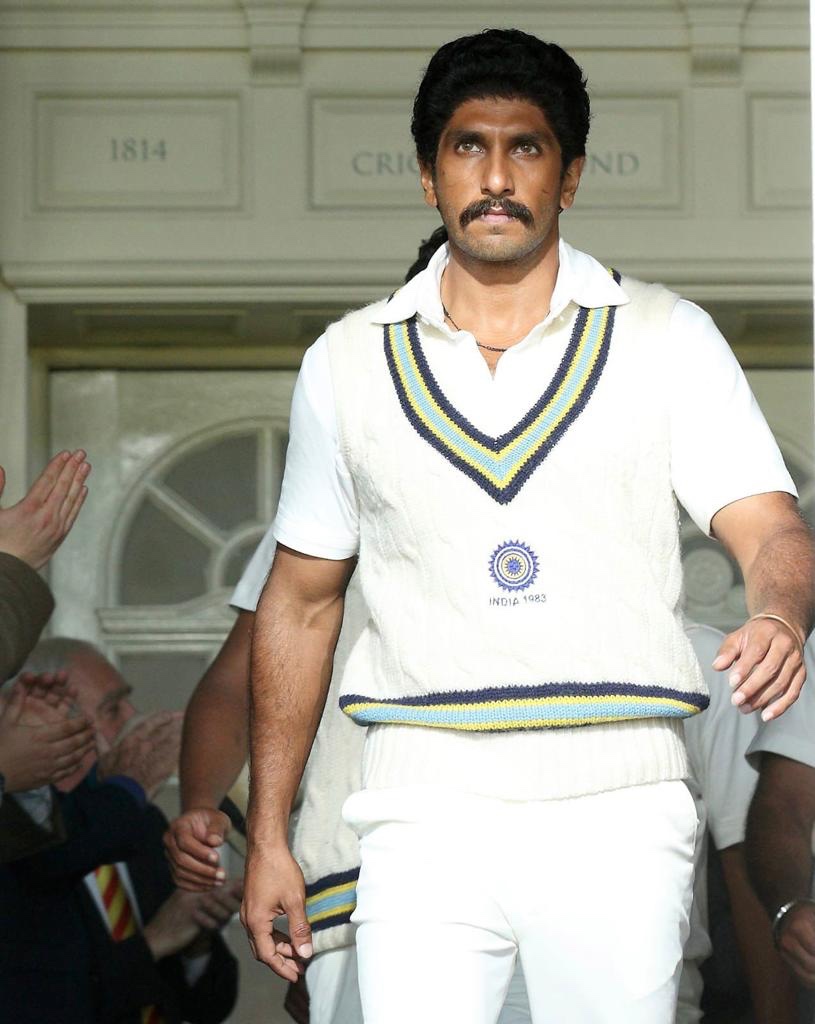 Superstar Ranveer Singh feels wearing the 1983 Indian cricket team jersey propelled him to deliver the knockout 83 to audiences, which is being regarded as one of the best films made to date by the Indian film industry. He feels proud that he had the honour to wear the Indian colours and is delighted that the film is entertaining audiences.

Ranveer says, “I felt deep sense of responsibility to do my best, contribute and anchor a film that is very important for our nation. It is a glorious chapter in our history, an achievement that we want the coming generations to know of and feel proud of their country. So, I felt duty-bound to my nation, to creatively propel and empower a film that’s so important for us as a people.”

Ranveer, who is the undisputed superstar of his generation, is on a massive high right now as 83 has become one of the best reviewed movies of all time in the history of Indian cinema. There is growing chatter about how Ranveer should be winning the coveted National Award for his brilliant performance as the captain of the 1983 Indian cricket team that beat the mighty West Indies at Lord’s! People are mesmerised with his mastery over acting as he has again dissolved himself on screen to transform himself into Kapil!

Ranveer also felt a sense of duty to the original cricketers of the 1983 cricket team, who made India proud on the global stage, when he wore the national outfit for the Kabir Khan directorial.

He says, “I felt duty-bound to the players of the 1983 World Cup winning squad to re-create , represent and portray their great achievement and justify the cinematic rendition of the story befittingly and also duty-bound to Indian cinema after the struggles that the entertainment business has been through and to deliver a film that brings people back into theatres, that’s so important for our movies; a film that unites the diverse cultures of our nation into the bond of cricket and of movies.”

Ranveer is a shape shifter who can play any character on screen right from films like Band Baaja Baarat, Ram Leela, Bajirao Mastani, Padmaavat, Simmba, Gully Boy, 83. He has played characters without any reference point whatsoever and has delivered the best performances. He has made his place as one of the best actors in the history of Indian cinema. No actor in India has this unprecedented range as an artiste as monumental challenges inspire him.

Ranveer will be next seen in YRF’s Jayeshbhai Jordaar, Shankar’s remake of his blockbuster Anniyan and Rohit Shetty’s Cirkus.