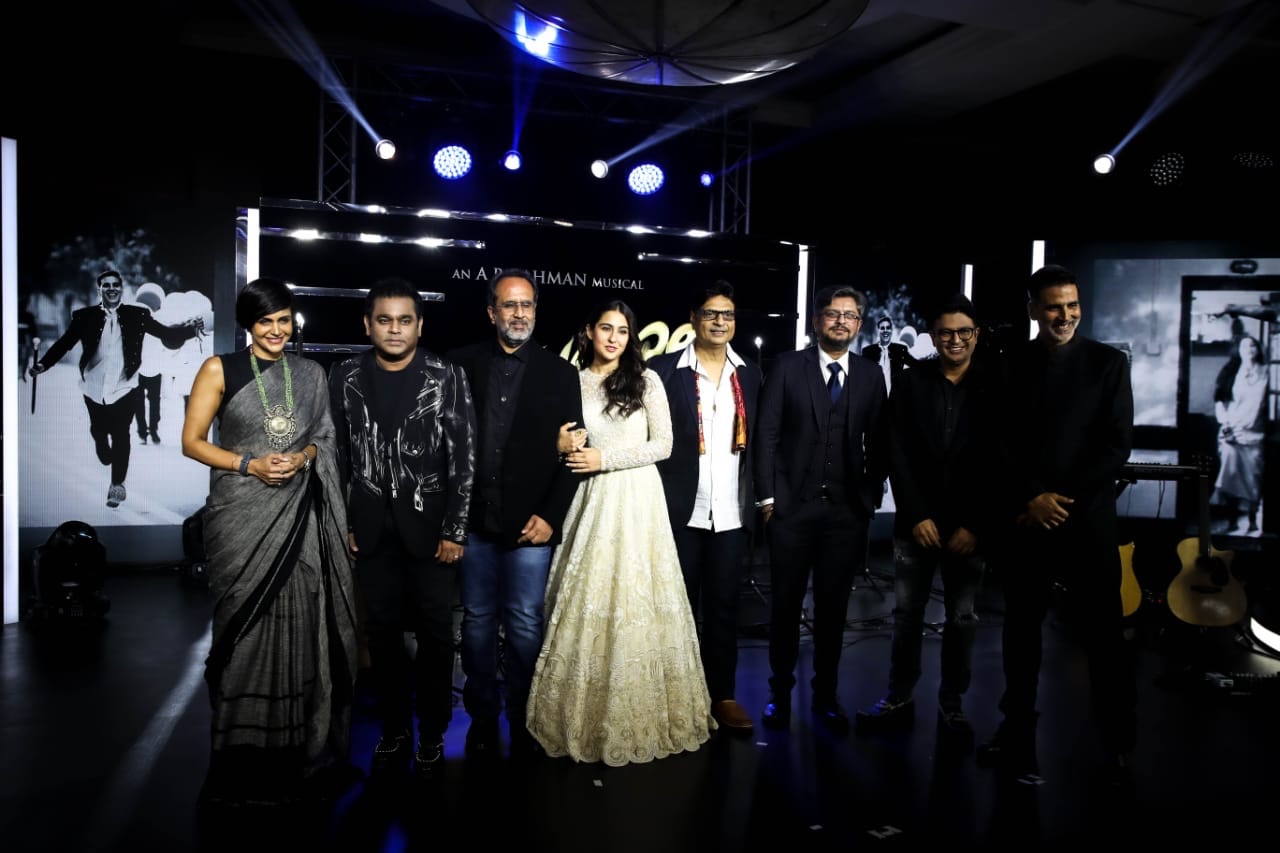 So the new musical sensation CHAKA CHAK is here to slay & stay! This time, the man behind multiple chartbusters has done it again, creating another chart-topping record with Chaka Chak from the upcoming movie ATRANGI RE. Youth and dance fans alike are loving the hook step in the song, and new year parties are not going to be complete without playing this song.

Atrangi Re will debut on Disney+ Hotstar on 24th December.

With everyone’s attention now focused on the BTS of the song, the song will surely gain more popularity . The choreographer Vijay Ganguly explains how he came up with the iconic dance moves that have become the hook steps at every wedding across the country! In her first solo dance performance in a film, Sara Ali Khan has been crowned with the title of Chaka Chak girl.

Anand L Rai is hailed as a legend by Vijay Ganguly, who said the filmmaker trusted him with the song and was there at every step to help integrate the story with the dance. In addition, he stated that with A. R. Rahman composing the music for the song, the choreography was even more significant.

Also on the video, we can see Aanand L Rai explaining the mood behind the song to Sara Ali Khan. Vijay Ganguly also commended the actress for her hard work.

With Shreya Ghoshal and Irshad Kamil on the songwriting team, Chaka Chak, starring Sara Ali Khan and Dhanush, has garnered more than 33 million YouTube views. Atrangi Re, produced by Aanand L Rai and Himanshu Sharma, produced by Bhushan Kumar and Krishan Kumar, is a Colour Yellow production directed by Gulshan Kumar and produced by T-Series, Aanand L Rai, and Cape Of Good Films.