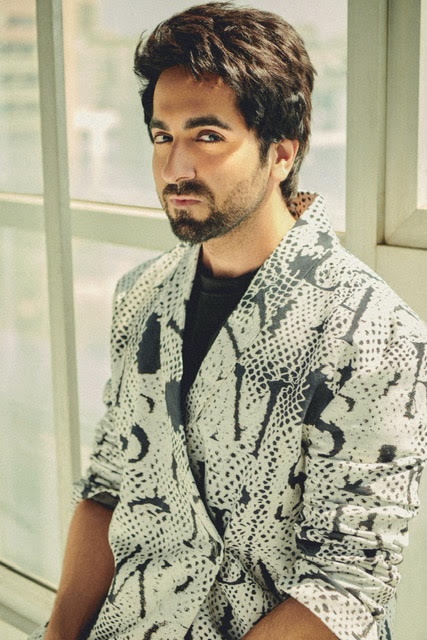 Bollywood star Ayushmann Khurrana has been a hot topic when it comes to talking about certain social issues prevailing in our society, specially for the last 5 years he has been working non stop on movies that have entertained is while leaving a social message.

Known for cutting-edge cinema that aims at societal change, he worked on Shubh Mangal Savdhan in 2017, portraying a character with erectile dysfunction. The kind of films that Ayushmann is doing have never been done by a leading star in Hindi cinema. In 2018, he did Badhaai Ho movie which dealt with late pregnancy, Article 15 about the caste system, and Bala about acceptance of oneself in a highly discriminatory society. In 2020, Shubh Mangal Zyada Saavdhan made him the first commercial moviestar in India to portray an openly gay character. Through Chandigarh Kare Aashiqui, he addressed the sensitive issue of transgender inclusivity in 2021. Ayushmann has been triggering the biggest conversation-starting films in India every year since 2017. For his remarkable intent to back topics that aim to transform India, he has also been named one of the ‘Most Influential People in the World’ by TIME Magazine.

﻿According to Ayushmann, “I’m drawn to unique content, to scripts that have heart and soul, to subjects that I feel are important to be backed. I never choose a film thinking about how much conversation it will generate. I’m essentially an artist who is trying to entertain people first with the best films. Generating conversation is a byproduct of the quality of script that comes my way.”

In addition, he says, “I only choose a film basis the script and what it has to offer to audiences. It needs to be fresh and novel and if it can propel people into thinking and questioning things about our lives as we know it, then it’s a bonus. People don’t come to see films because they want to start a conversation. They come to get entertained first and then converse about a specific message that is delivered to them in the freshest manner possible.”

Ayushmann continues, “I’m fortunate that I have found film-makers, story-tellers and script-writers who are willing to take the plunge to say something new. Whatever I’m today, is also because of them, their hard work and their vision. So, while I will keep scouting for the best scripts, I also hope that I get to always collaborate with the best minds in Indian cinema.”