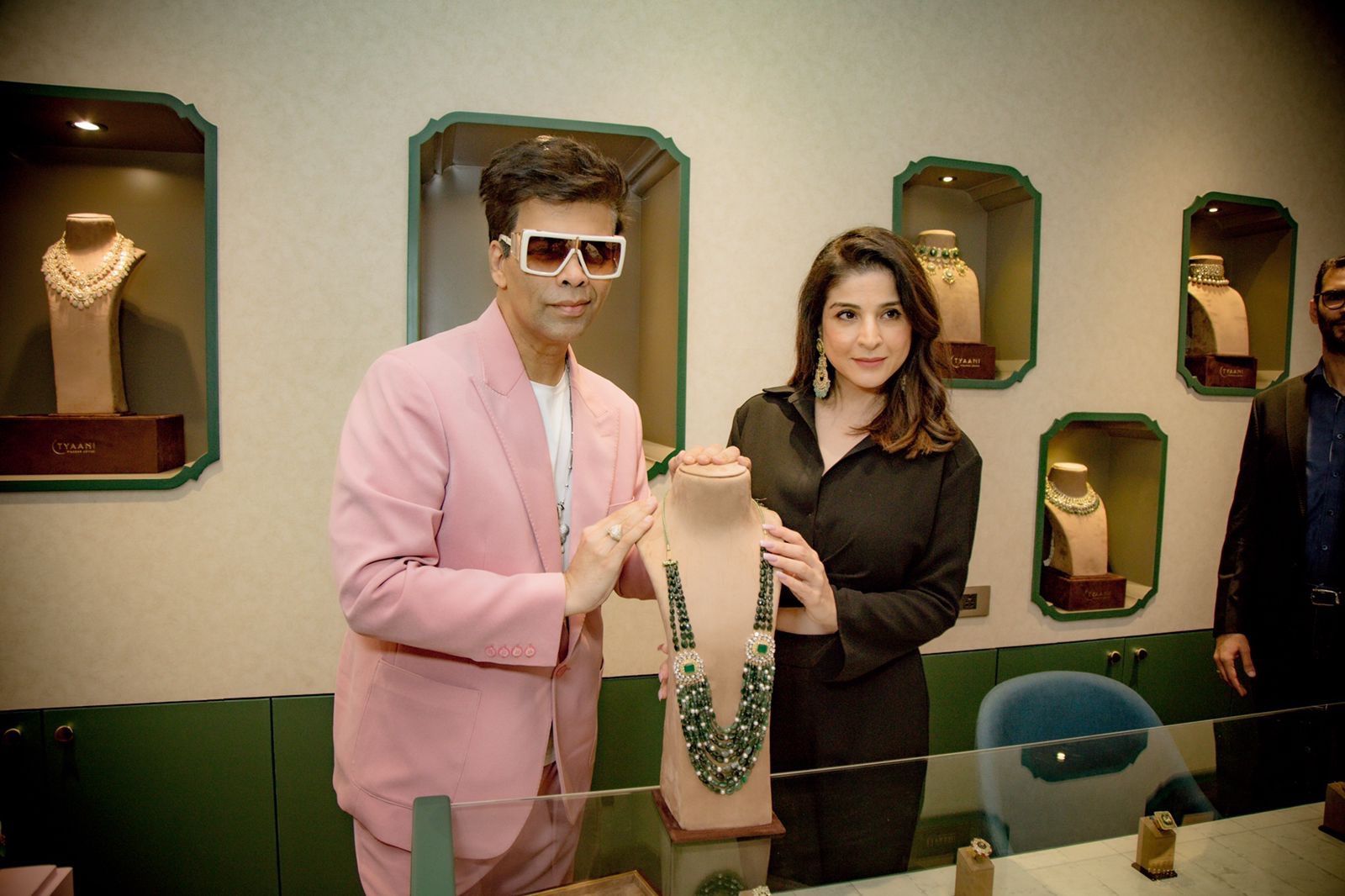 Wedding season brings with it the need for only the most bedazzling handcrafted jewellery that leaves everyone in awe of its elegance!

Launched by powerhouse personality – Karan Johar in October 2017, Tyaani Fine Jewellery opened its first-ever offline outlet in Bandra, Mumbai, and later moved on to expand to other cities of the country – Hyderabad and Delhi.

Brought right back to his town, Karan Johar who believed the city deserves another offline store, says, “Tyaani is an extension of my personality. The brand imbibes our traditional values with an eclectic modern twist. The collection appeals to women of all ages at all stages of their life.”

Also present at the launch were Maheep Kapoor, Mr. Shravan Satyani (Founder and Partner) and Mr. Sunil A Bhulchandani (CEO and Partner).

Brand ambassador Janhvi Kapoor, celebrities like Madhuri Dixit, Alia Bhatt, Deepika Padukone, Kiara Advani, and more have often been spotted wearing uncut stone jewellery. The element of rawness in each of the designs, with its natural uncut diamonds and stones, makes the jewellery magnificent and drop-dead gorgeous!

Tyaani is taking a big step in the expansion of traditional Indian art forms across the globe. Designed to cater to modern Indian women, the collection is extremely comfortable, made with a Rolling Gold Technique, and is accessible, with ravishing designs. Tyaani, with its aesthetically pleasing, handcrafted jewellery, has surely left its mark on the jewellery industry over the years.