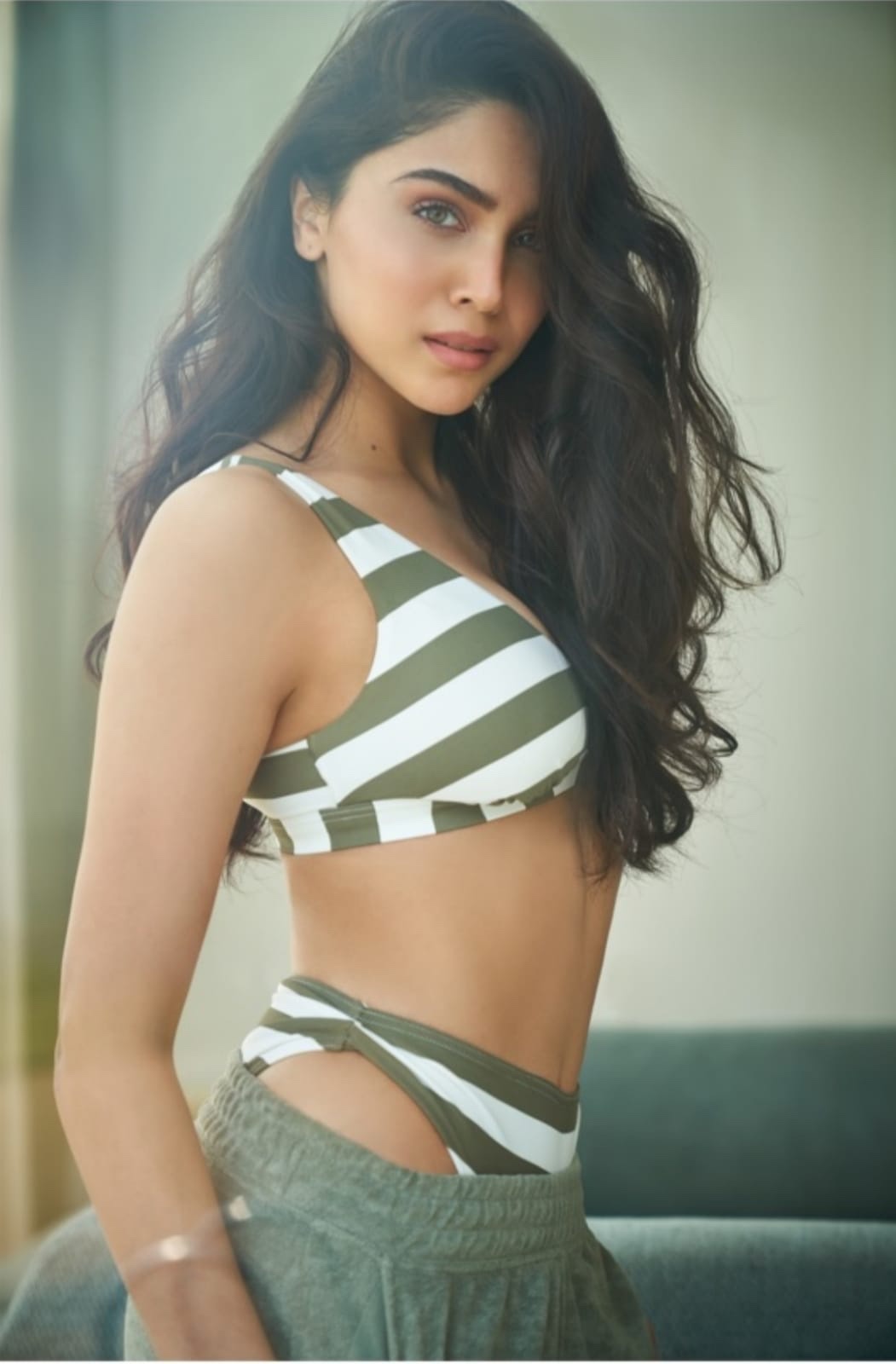 The famous debutante from Bunty Aur Babli 2, Sharvari, is elated and overwhelmed by the success of her debut. It is her dream to make it big in Bollywood and follow in the footsteps of Madhuri Dixit, a star she has grown up admiring.

Stunning newcomer Sharvari has been hailed as an excellent actor in Bunty Aur Babli 2
Outsider to Bollywood, there’s no doubt Sharvari envisions herself as a celebrity who is known for her talented performances. Her roots being Marathi, she has a natural affinity to follow in the footsteps of Maharashtrian icon Madhuri Dixit, as she was considered equal to her male counterparts during her peak.

In his own words, Sharvari says “being a Maharashtrian, I’ve grown up idolizing Madhuri Dixit. My family and everyone I know is a huge fan of her. Hailing from our state, she became a pan-Indian superstar who ruled the hearts of innumerable people. Artists like me, who are from Maharashtra, aspire to be like Madhuri Dixit and achieve the fame and have the brilliance of craft that she possessed. She is an inspiration to us all. I have danced on her songs, performed on her scenes since childhood.”

In addition, she says, “Even before my debut, she has been a huge reference point for me as I have tried to take notes from her performances. I hope to make her proud one day and the people of my state and my country. I know I need their love and support to get the projects that I aspire to be in. My journey has just started and I know I have a really long way to go.”

In response to the unanimous praise she received for her performance in Bunty Aur Babli 2, she says, “I’m truly humbled by the way people have appreciated my performance in Bunty Aur Babli 2. For someone who doesn’t belong to the industry, I have had my share of struggle and heartbreaks before I got this film as my debut and I cherish every bit of it. I know that I have poured my heart and soul into the film and I’m happy with the way people have received my performance and appreciated me. It truly means a lot.”

As she puts it, “I think for artists who are outsiders, we have to prove our mettle with our first film and I liked that pressure on me because it only made me strive to deliver the best performance that I could have and I’m thrilled with the response towards my craft.”

Sharvari concludes, “I have miles to go and I am determined to work really hard to better myself every day and constantly prove myself with every film. I’m looking forward to it. I can’t wait for people to see my second film and every film that I do from here on. I’m looking to do challenging work and I’m grateful to the start that I have had in the industry so far.