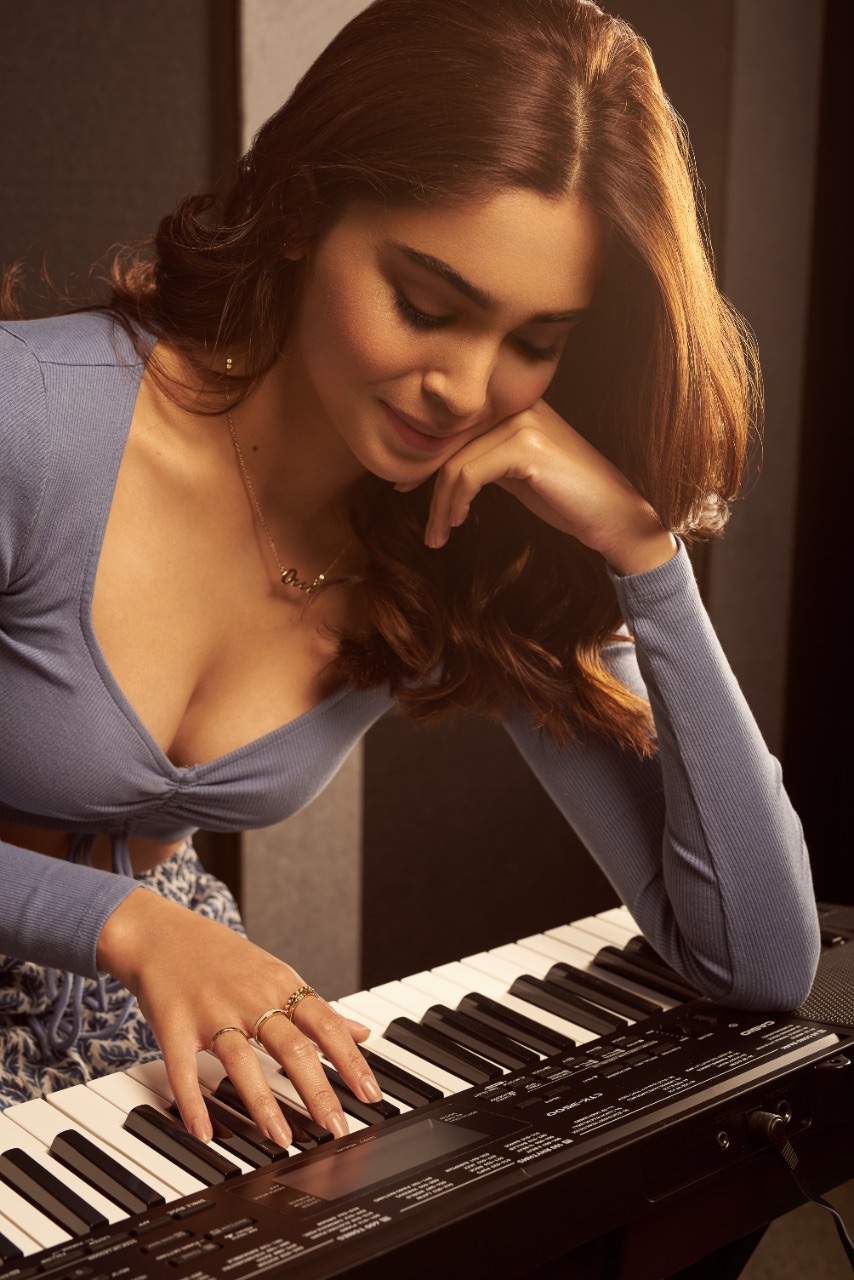 Bunty Aur Babli 2 is already making headlines, there are promos on the go, and movie aficionados can not wait to watch the new Jodi of Bollywood as Bunty Aur Babli.

To further amplify the buzz the movie is generating, debutante Sharvari Aka new Babli has uploaded a new video. This video clearly demonstrates her love for music and playing the keyboard. She can be seen playing the Bunty aur Babli theme song fluidly and fluently.

Some of the most successful actresses have shown they love music by singing melodious songs on public platforms, like Alia Bhatt, Tara Sutaria, Priyanka Chopra, and Parineeti Chopra. A new star joins the list and shows off her love for music by playing the keyboard.

She talked about how much she loved playing the harmonium and switching to keyboard as a child, revealing her side as a passionate learner. In Sharvari’s own words, “I think I’m a jack of many trades because I keep trying to creatively explore myself. I started by learning the harmonium as a young girl and then shifted on to the keyboard since I was 12 years old. So, I have always been experimenting with music and trying to learn as much as I can from this art form”. Sharvari is a prolific learner and believes that learning is a never-ending process. “I have always been a restless learner. I want to learn as much as possible about different creative processes because I think it will all add up one day to make me a better artist. When I want to learn something, I become very single-minded about it. That’s what happened to me and the keyboard at a very early age.” She also gave an insight into how she utilized her time during lock down and channeled her energy into learning and being creative. “The lock down gave me a lot of time to better myself at the craft of playing the keyboard. I put in the hours because when the nation was shut, playing the keyboard really kept me motivated as a creative person.” “The lock down was the first time I played the keyboard not just for myself but put up videos on social media. As a child I refused to give any exams because to me this form of art was pure joy and passion which I never wanted to turn into a competition. But during such tough times I wanted to share the happiness and peace it brought me with as many as I could.”, She concluded.

The upcoming Bunty Aur Babli 2 from Yash Raj Films will be released worldwide on November 19, 2021.
The sequel to Bunty Aur Babli is being directed by Varun V. Sharma, who has worked on major tentpole YRF films like Sultan and Tiger Zinda Hai.