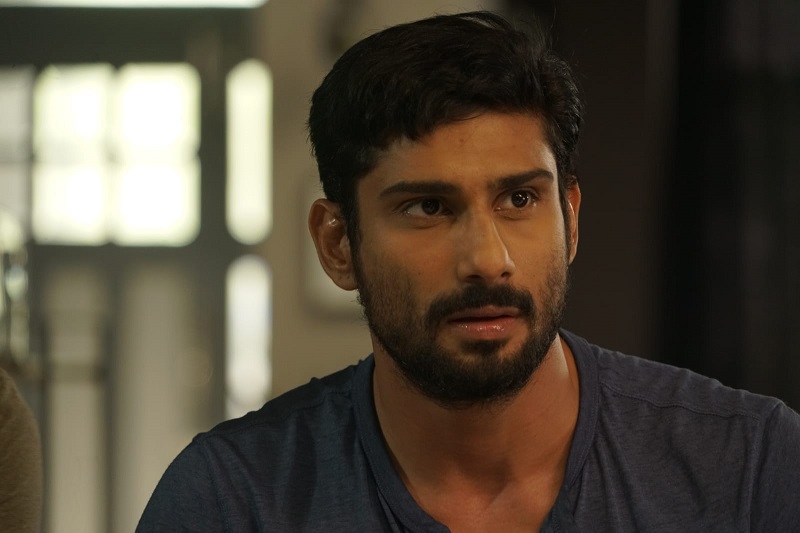 The traits of histrionics run in the family, as Prateik Babbar so clearly demonstrates. Every time I watch him play, be it ‘Dhobi Ghaat” or ‘Four more shots’, or movie like ‘Chhichhore’, I sense that he has a lot of potential that has not been realized and yet to be tapped to the fullest. Nevertheless, I am so happy that scion of late actress Smita Patil is getting his dues and earning a lot of praise for his role and performance in recently released series ‘Hiccups & Hookups’.
The roles he has chosen up until now in his career have all been the ones that have significance and plenty of room for experimentation.
Liongate Play introduces audiences to a troubled, yet forward-looking family through the portrayal of a carefree and unfiltered character played by Prateik Babbar. Despite portraying his true self, the unconventional artist approaches sensitive scenes with the same degree of confidence, ease and elan.

Prateik Babbar’s performance as a brother to Lara Dutt and his unmatched chemistry with her are also appreciated by the critics. Prateek was even praised immensely for playing the role of her brother so effortlessly by Lara Dutta. It is especially impressive when she and Prateek, as brother and sister, discuss sensitive subjects with such good humor and ease.
In the series, the sibling relationship between Prateik Babbar and Lara Dutta stands out as being a uniquely interesting aspect. A key feature that sets this comedy drama apart from the rest is its unfiltered conversations about dating and casual sex. In Indian households, sex and relationships are among the most hush-hush topics. The Bengaluru-based series seems and aims to stimulate healthy discussions on these topics.
As Akhil Rao, an urban coder of the 21st century, Prateik Babbar is just brilliant. He is witty, clever, and acts a bit foolish sometimes. He reminds me sometimes of Saif Ali Khan’s comic timing. The bond between Prateik and Lara is quite natural and remarkable in the show.
However, fans of Prateik Babbar will soon be able to watch him perform on screen with another film Cobalt Blue. With the project, he will venture into an unexplored cinematic territory, and deliver another compelling story. Prateek is maturing into a steady performer and getting his dues
In this article:Prateik Babbar