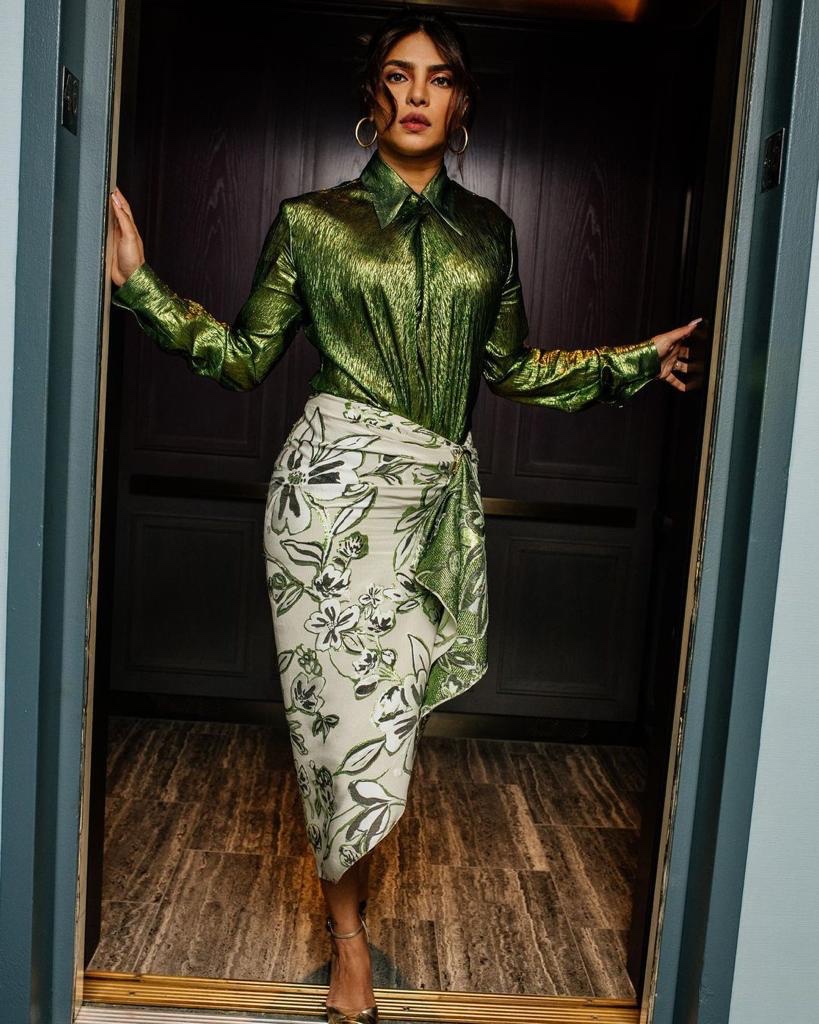 Fans have eagerly waited to watch their favourite international powerhouse Priyanka Chopra Jonas on celluloid. And now, their wish has finally come true! With The Matrix Resurrections hitting cinemas worldwide today, the nation is in a frenzy to watch Priyanka Chopra in this cult classic!

For her part, our desi-girl-gone-global Priyanka Chopra Jonas has once again put India on the global map of cinema and made us proud. Through the portrayal of her character of Sati in the film, Priyanka Chopra has kept her Indian culture at the forefront, Essaying the role of Sati in The Matrix Resurrections, subtle nuances of Priyanka’s character like her dhoti pants and the saree borders used on her costume scream India!

Standing out even in a crowded scene, Priyanka Chopra’s role as Sati is crucial to the story’s plot. Doing justice to her role, PeeCee steals the scene whenever she is on the screen. Grabbing eyeballs in the film, Priyanka Chopra exudes courage and calm as Sati. Doing a terrific job of bringing Sati alive in the most convincing way possible, this character adds yet another genre-defining role to her tall hat of memorable characters!

Global icon Priyanka Chopra has time and again created waves with her talent internationally. By joining forces with the ever iconic The Matrix Resurrections, Priyanka Chopra has just taken it up a notch for herself and millions of women in the country who are inspired by her…