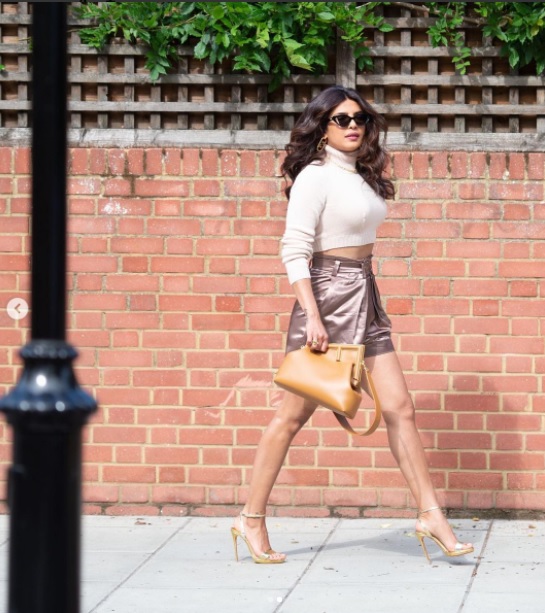 The global superstar Priyanka Chopra Jonas is set to surpass all expectations and achieve new heights! In addition to making India proud with her many accomplishments, India has now made a splash in Times Square with her new Matrix avatar.

Her Matrix Resurrections poster has gone viral and now is on display in New York’s coveted Times Square. With the highest visibility in the world, our globetrotting desi girl has done India proud once again. Fans can’t stop raving about her futuristic, cyberpunk avatar in the movie, which she portrays in her cult classic The Matrix Resurrections.

Additionally, viewers have been fawning over her wink in Matrix Resurrections’ trailer. Priyanka looks bespectacled while making a finger-gesture and winking like a boss lady! With The Matrix Resurrection’s release just around the corner, the anticipation for the Priyanka Chopra-starrer is at its peak.