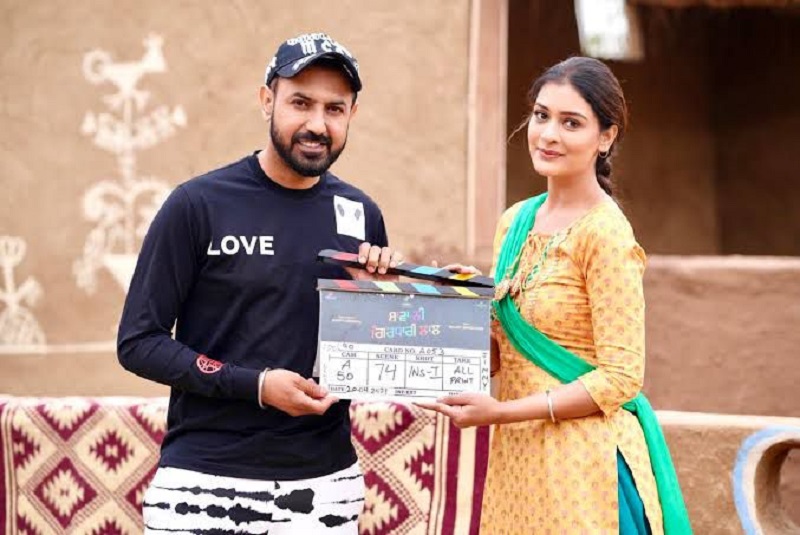 #On screen for the first time, 52 Punjabi actors are brought together by Gippy Grewal

With Pooja Entertainment, current trends and stories for cinema lovers are always at the forefront. Vashu Bhagnani revived the trend of family comedies in the early nineties, when the genre was rarely explored. Some of his productions include Bellbottom and Sarabjit. Others are Jaawaani Jaaneman and so on.

In the digital age of ubiquitous entertainment, with a deep appreciation of regional cinema, the production house is producing a Punjabi socio-comedy ‘Shava Ni Girdhari Lal.’ Helmed by Gippy Grewal, the film features both heartwarming and hilarious performances by its stars. This is the first time in Punjabi cinema that 52 known Punjabi film actors will appear together. The star cast includes the best of talents like Gippy Grewal, Neeru Bajwa, Himanshi Khurana, Sara Gurpal, Payal rajput, Surili Gautam, Rana Ranbir, Gurpreet Guggi, Sardar Sohi, Honey Mattu, Raghveer Boli to name a few. The film features a very special role by Yami Gautam. This will surely be a cinematic adventure beyond compare. Viewers will be able to enjoy a visual treat!

In Vashu Bhagnani’s words, “Punjabi films have their own magic and charm happy to be associated with Gippy Grewal and Monish for Shava Ni Girdhari Lal.”

Adding to this, Gippy Grewal says, “With films like ‘ Ardaas’ and ‘Ardaas Karaan’, gaining massive popularity, to make ‘Shava Ni Girdhari Lal’ with a producer who respects the source of my inspiration and the many layers of Punjab’s popular culture has been wonderful. This film is very close to my heart and I am very excited for the audience to see this vision turning into reality on the big screen.”

Under the banners of Humble Motion Pictures, Pooja Entertainment, and Omjee Star Studios, ‘Shava Ni Girdhari Lal’ is produced by Gippy, Vashu Bhagnani and Ashu Munish Sahni. A theatrical release of the film is planned for 17 December 2021.