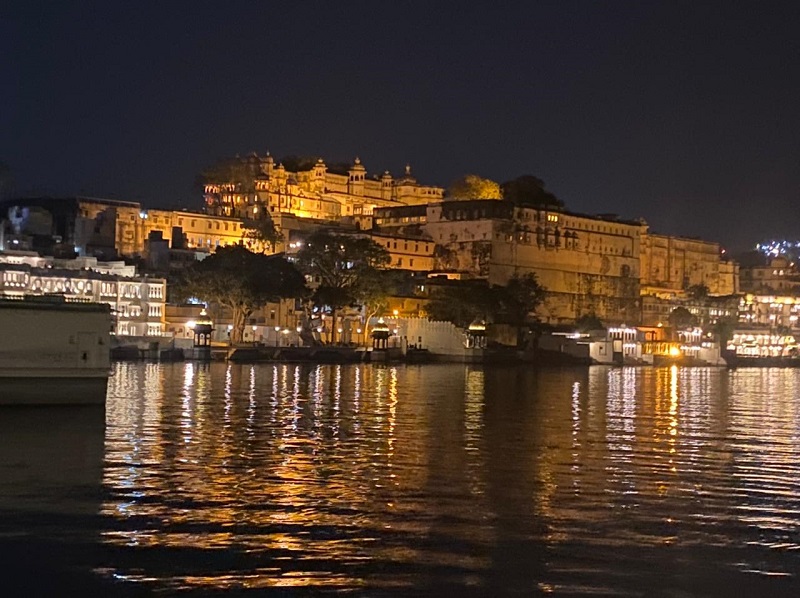 The city of lakes Udaipur is the epitome of the majestic and glorious culture of Mewar, from the extravagant and the magnificent to the modest. Listed as the jewel in the diadem of India’s rich heritage and history, Mewar’s record of valor and prowess goes beyond the tales of its legendary emperors, but also intrigues you with its splendid and imposing structures.There are several magnificent and historic forts, palaces, and heritage properties across the city that have been converted into luxury accommodations, and offer discerning tourists a sense of luxury and splendor. 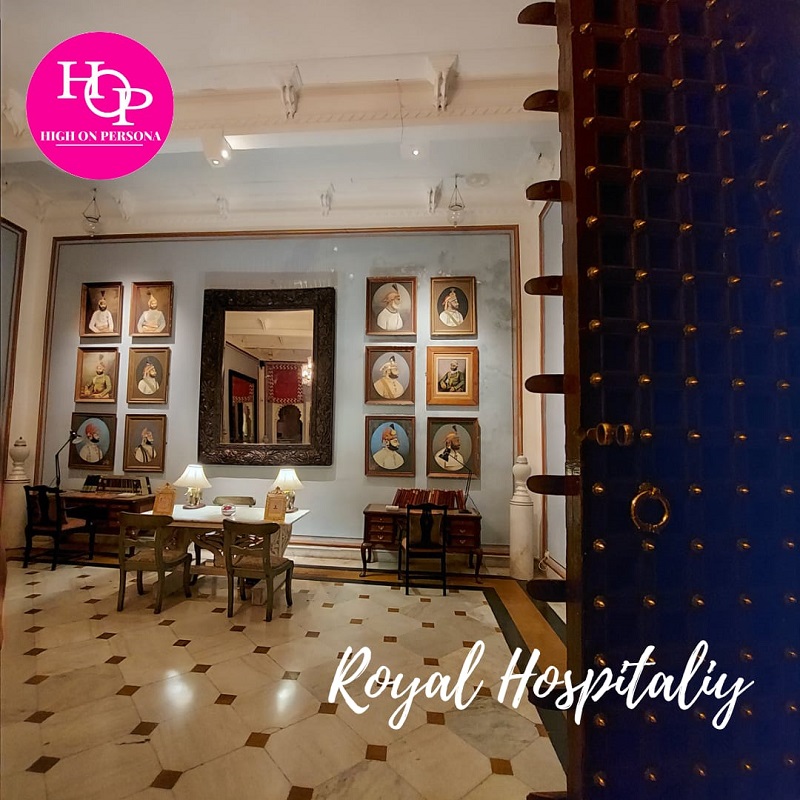 Majestic and magnificent Shiv Niwas Palace,situated in the heart of Udaipur is one such heritage property which has redefined the way hospitality is viewed and altered the way it is perceived and interpreted. Located on the banks of the picturesque Pichola lake, this majestic palace stands awe-inspiring and vibrant.Being a guest in such a luxurious and regal setting made me feel privileged. The warm hospitality, impeccable service, and graciousness of the hotel were outstanding throughout my stay.


The moment we saw the impressive structure for the first time, we were awestruck. After entering ShivPol and being driven to the reception area by a cart, it was as if one stepped back into the past. Upon arrival, we were greeted with a bouquet of flowers and offered welcome drinks. We were shown around the hotel quickly, then taken to our room

The route passes through verdant lawns flanked by the residence of the current king of Udaipur, Shriji Arvind Singh Mewar, and Shiv Niwas Deodhi, adorned with murals that celebrate the legacy of Mewar. We became more interested in the property after learning about its provenance and origin in detail. It was like Pandora’s box of pleasant surprises being opened one after another. 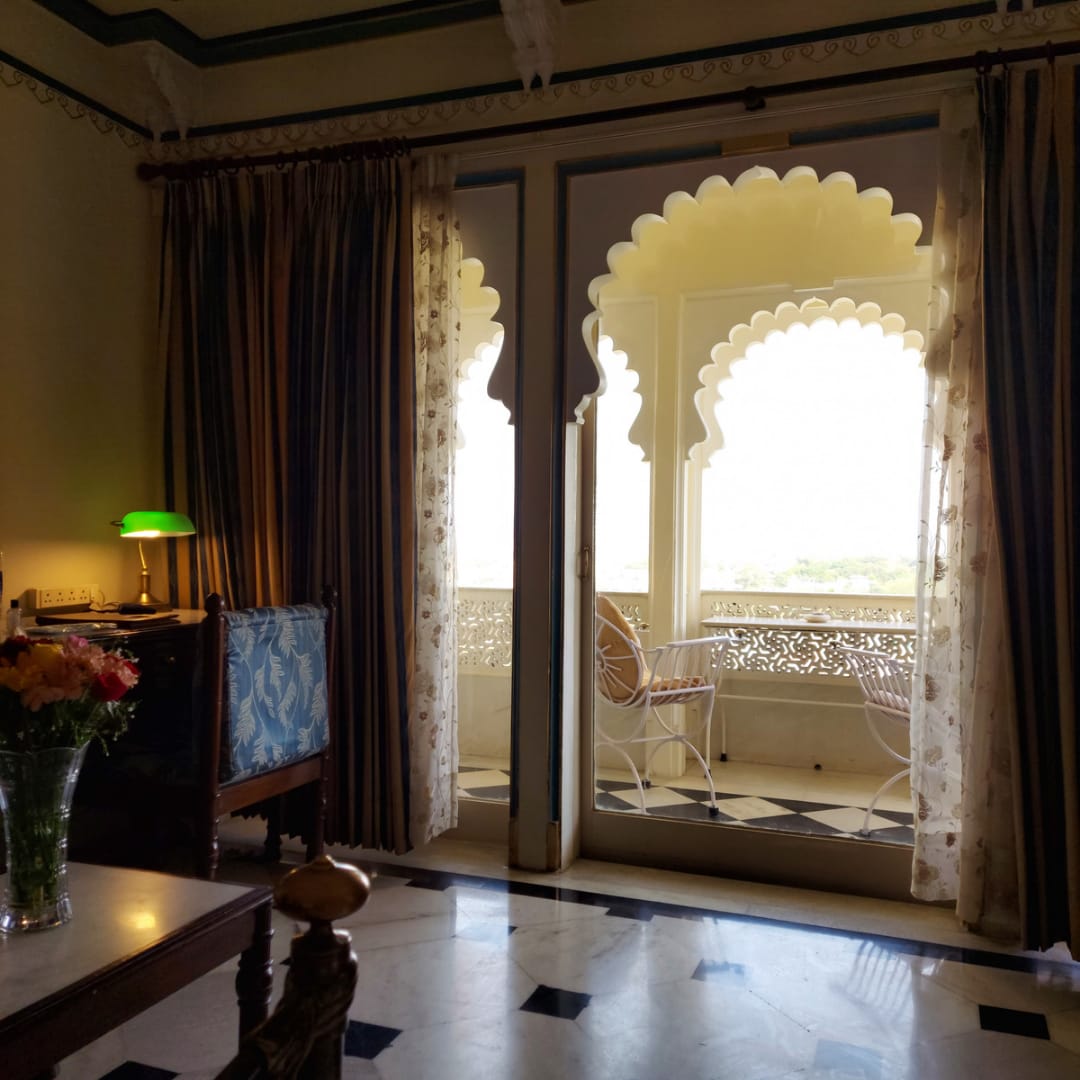 Our room offered an amazing view with a private balcony overlooking the city on one side, and the lake on the other side. All the details of the room emphasized royalty and elegance, such as light blue walls, chandeliers, and luxurious furnishings. The rooms in Shiv Niwas have their own unique charm with domed ceilings, intricate art work, which illustrates the fervor of the Rajputs towards art. I loved everything about their bathroom – from their porcelain tubs with petals to the intricate frescos and marble used everywhere in addition to the soothing and elegant colour scheme. A small sitting area was attached to our room’s verandah, where one could lie back and watch the city go by. 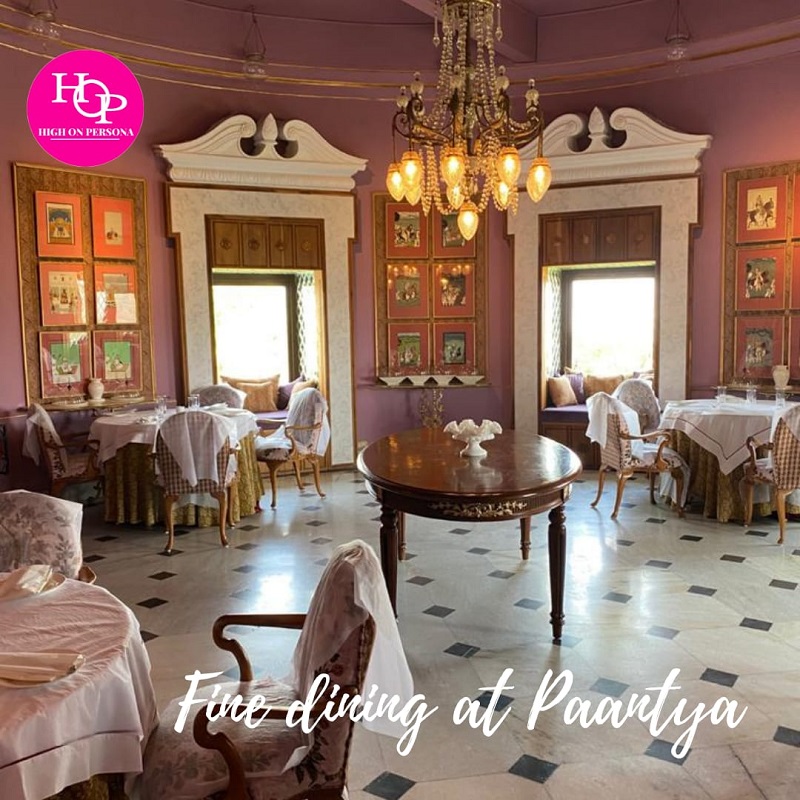 After relaxing for some time in our room we went downstairs to the multi cuisine restaurant Paantya, (a Mewari word meaning ‘sitting in line, in protocol’) where we ate a lavish and delicious meal. Because of the Covid-like situation, the restaurant only offered a la carte menu. It offered various delicacies, such as biryani, fish, and laal manas, but we decided to try only the vegetarian portions, leaving the non-vegan dishes for dinner.  From the ala carte menu, we picked vegetarian specialties including assorted breads, signature daal, crispy veg with ladyfinger and spinach (this one was very flavorful and unique). Every time I have traveled to different cities in Rajasthan, I always order Daal panchratni, Daal tadka, and Daal Makhani because every dish of daal is topped with a lot of seasoning, ghee, and spices. With a touch of tandoori flavor, these daals are more flavorful and savory. Furthermore, Rajasthan makes some of the best chaat in the world as well, so if you are planning a trip to Rajasthan, then you should try its tangy and crispy chaat and traditional desserts. 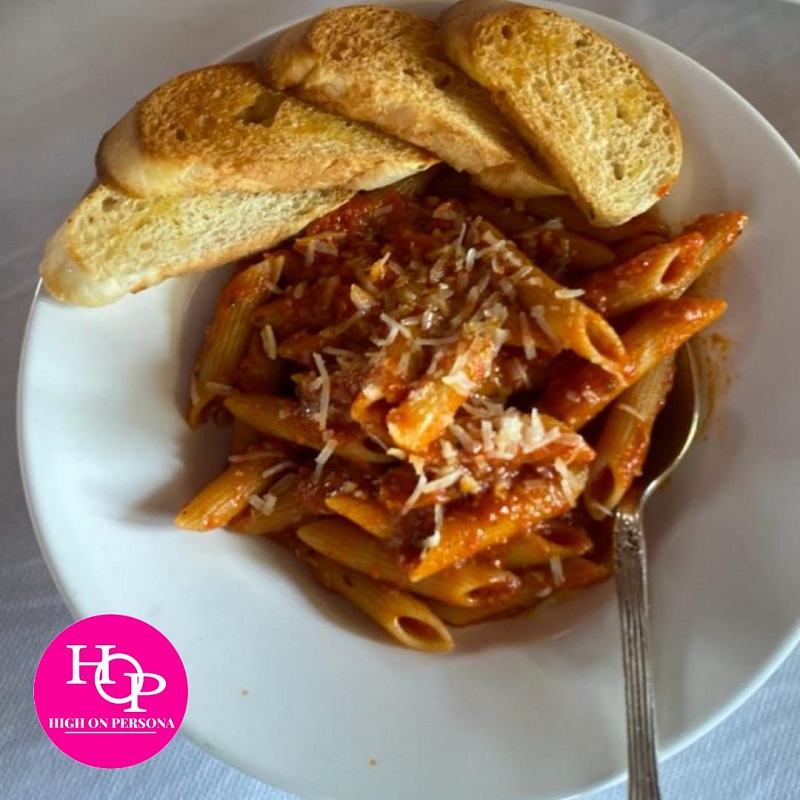 At Paantya all meals were impeccably delicious and aesthetically pleasing. Our experience was greatly enhanced by the staff’s courteousness, prompt service and warmth. After lunch, the receptionist approached us to ask if we would like a guided tour of City Palace, specially arranged for us, we couldn’t contain our excitement to see the Palace.This guided tour of the City Palace and this property revealed fascinating stories about the Mewar dynasty as well as how the magnificent SHIV NIWAS PALACE became a luxurious hotel.

According to our information, this was originally a part of Maharana Fateh Singh Ji’s private residence, and was later turned into a tourist attraction. It was converted into a guest house for dignitaries, including Queen Elizabeth. Shiv Niwas is part of the HRH hotel chain in Udaipur. In the current state of ownership, the property is owned by Shriji Arvind Singh Mewar of Udaipur. Under the reign of Maharana Fateh Singh ji, the palace was built in the 20th century and has been preserved and maintained to offer a luxurious experience laced with historical heritage. The City Palace Museum is an imposing structure that provides a glimpse of Mewar culture, its ethos and anecdotes of valour,The evening light and sound show here narrates the saga of Mewar since its conception, this show is a must-see, and your visit is incomplete without seeing it. 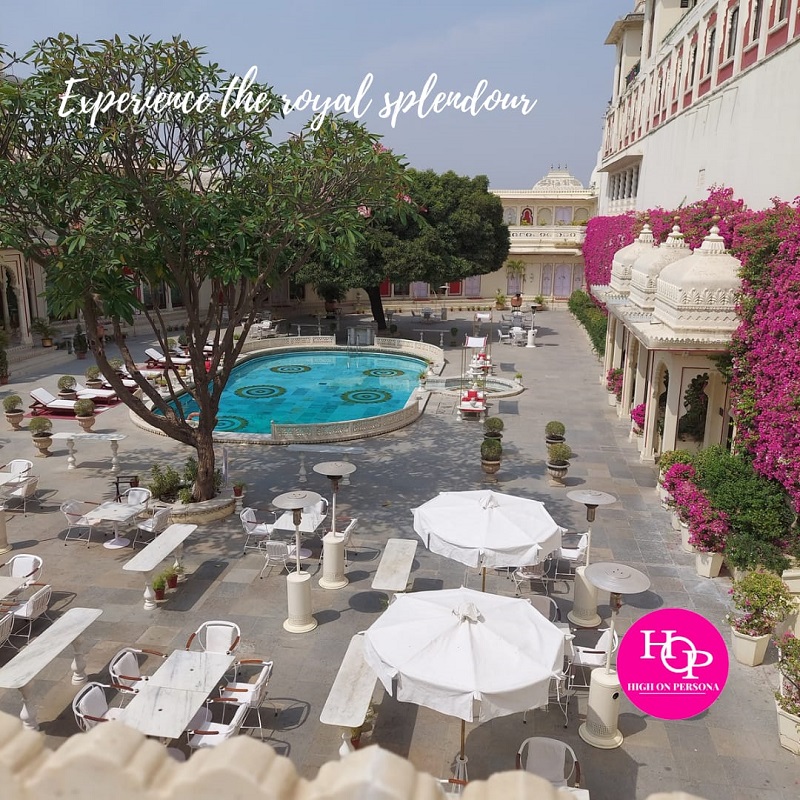 During our stay at Majestic SNP, a special dinner was organized for us at Jagmandir, an island property that lies right in the middle of beautiful Pichole Lake. The lake is surrounded by mountains overlooking all the major hotels like Oberoi, Udaivillas, Leela, Taj Lake Palace etc. Seeing Jag Mandir illuminated after sunset and riding the boat up Lake Pichola to Jag Mandir was both romantic and fascinating. Lights reflecting in the lake, combined with the serenity and solitude of the lake made the experience surreal and ethereal. As we entered the Jagmandir, the staff welcomed us with a glass of elixir and led us around. Although Jagmandir Island comprises a beautiful restaurant, bar, and a few rooms, we were served dinner alfresco instead of indoors to give us a taste of the island’s scenery and its charm. 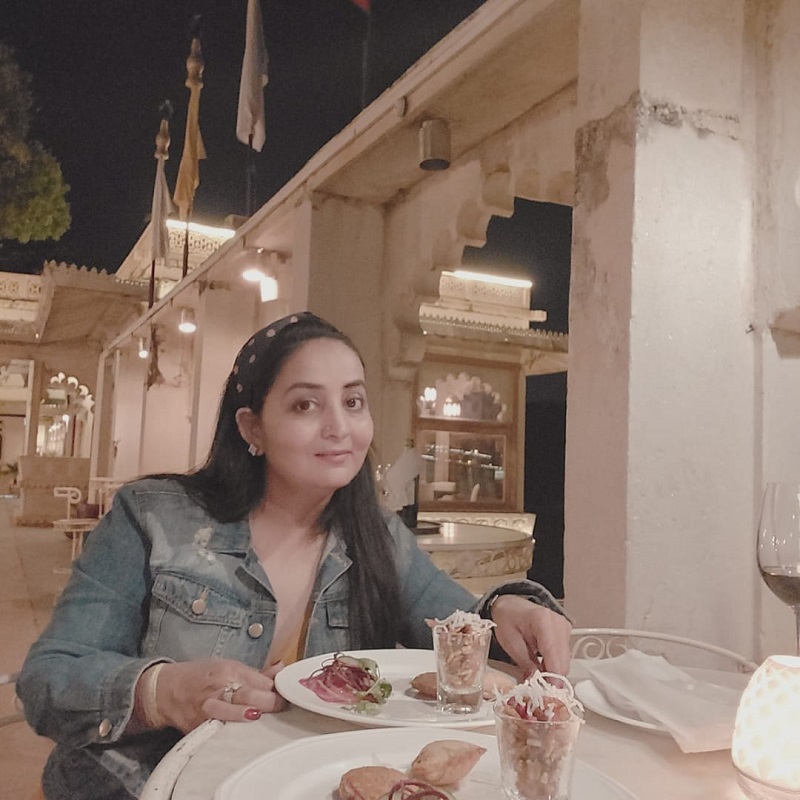 In my opinion, there is nothing better than having a candlelight dinner while sitting on the shore of a lake on a pleasant evening overlooking a majestic and imposing palace of this magnitude. To begin with, a wine from Napa valley was served along with delicious appetizers . I would like to thank the chef who, by paying particular attention, designed a special menu of Quinoa salad, extravagant arrays of kebabs and delectables. I was enchanted by the aura by the end of my meal. Our experience was so divine, picturesque, and delightful that we didn’t want to leave, however, all good things come to an end. A mouthwatering dessert rounded off our meal before we headed back to Shiv Niwas Palace. Despite the dinner having ended, the memory of the experience still remains and is irreplaceable.
In this article:Shiv Niwas Palace, Udaipur