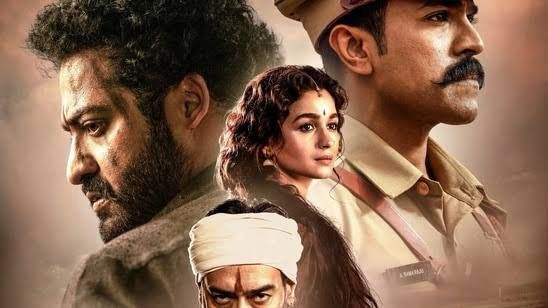 An official trailer for SS Rajamouli’s much-anticipated period drama, RRR, has been released

The makers of SS Rajamouli’s much-anticipated period action drama ‘RRR’ have unveiled the trailer, delighting audiences. The hype surrounding this iconic spectacle starring Jr. NTR, Ajay Devgan, Ram Charan and Alia Bhatt has increased many folds. This is because it has been the subject of heated discussion since it was announced.

The trailer showcased the actors’ changed avatars, as it did with the previous assets for the film. Alia Bhatt, Ajay Devgan, Ram Charan and Jr. NTR roared on screen with fierce and interesting roles that swept everyone off their feet. A wonderful combination of picturesque locations, subtle cinematography, and patriotic sequences. We get a glimpse of the upcoming ride and it creates even more anticipation for the audience. The trailer was followed by a grand event in Mumbai.

The film ‘RRR’ is a fictional tale about two Indian revolutionaries, Alluri Sitarama Raju and Komaram Bheem, who fought against the British Raj and Nizam of Hyderabad, respectively. Ajay and Alia’s characters are not revealed, neither is the song Janani, which gives a clear picture of the film or their characters.

This movie will offer a lot of emotions, action, and drama and its scale is so large that the makers want the audiences to be able to enjoy its visual effects in the theater. In addition to this Ram Charan and the NTR, Ajay Devgn, Alia Bhatt, and Olivia Morris will be seen in pivotal roles, and Samuthirakani, Ray Stevenson, and Alison Doody will play supporting roles.

Jayantilal Gada (PEN) has the theatrical rights for North India and has bought the worldwide electronic rights for all languages. In the North Territory, Pen Marudhar will distribute the film.

This Telugu period action drama is produced by V. V. Danayya of DVV Entertainments. The film is scheduled for release on 7th January, 2022.