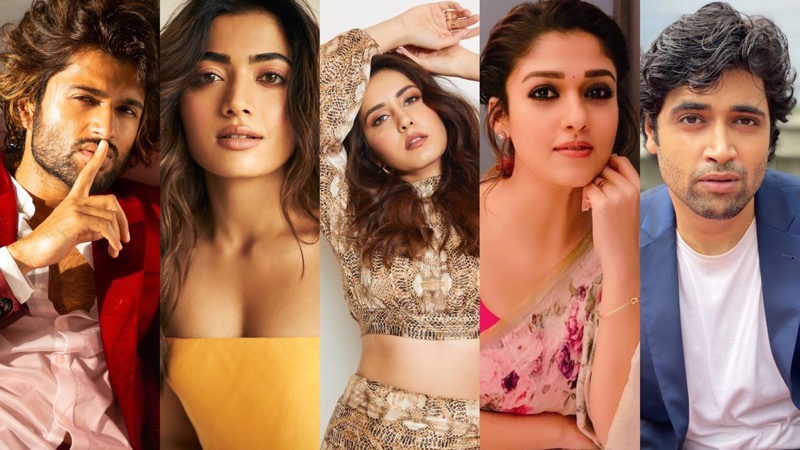 Bollywood has made a grand welcome to the stars of south India in the new year as language barriers crumble and the content dominates. In 2022, established South actors are set to debut in Bollywood in exciting projects.

Having gained popularity across the country with Arjun Reddy, right before Kabir Singh’s release, Vijay Deverakonda has emerged as one of India’s most popular actors. In anticipation of his debut with Dharma Productions’ Liger opposite Ananya Panday, everyone is looking forward to Vijay’s debut in Hindi.

Having made her debut with the Sidharth Malhotra-starrer ‘Mission Majnu’, actress Rashmika Mandanna is still basking in the glory of her recent release Pushpa that took the Telugu and Hindi film industry by storms. Along with her active social media presence, she is also generating buzz about her Bollywood debut.

With a solid reputation as a versatile and dependable actress in the South, Raashii Khanna is now marching her way into Bollywood with Dharma Productions’ Yodha co-starring Sidharth Malhotra. In addition to a wide range of projects in the Hindi belt, Raashii is set to reveal varied sides of her versatility.

Known in the South as ‘Lady Superstar’, Nayanthara is now preparing for her Bollywood debut, in which she’ll star alongside none other than Shah Rukh Khan. Everyone is definitely excited about the convergence between three of the world’s most loved and respected personalities.

Having already released a visually stunning teaser for one of the most ambitious projects of the year, Adivi Sesh’s Major has garnered immense attention. Thanks to his effortless Hindi fluency, Adivi Sesh has already gotten brownie points in the Hindi belt even before his debut.