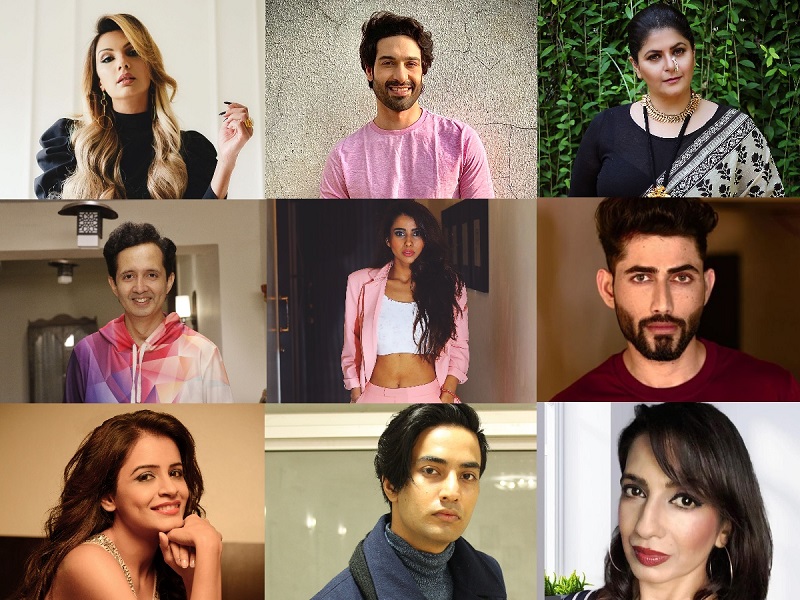 In many villages in India, we still learn about stories of female foeticide, abandoned babies, and atrocities against them. We can see that girls are now valued and celebrated equally as boys and that the situation is slightly better than in the past. Although the transition has taken place gradually over the years, our celebrities have aligned themselves with causes and addressed issues in society on a routine basis, which is vital too because they are widely followed. Celebrating National Girl Child Day remains a significant event in India, and on this occasion, we interviewed celebrities and prominent personalities about their thoughts and take on this day which is a dedication to the girl child. They also shared their views on the evolving situation.

Somy Ali- I agree that many people welcome a girl as they would a boy, but this is still a huge problem in rural areas. Our society has not evolved to welcoming a girl child universally as of yet. I believe the majority who welcome a girl child are educated liberals or just generally good human beings. Yes, there is progression, but social workers must place their focus on the rural areas. There should be workshops held to educate individuals on the significance of welcoming a girl child and the emphasis of the healthy newborn whether it is a girl or a boy. Things are better, but not perfect. Given there has been improvement, I remain optimistic that there will be a day where every parent will welcome a girl child with the same enthusiasm as that of a boy.

Pragati Mehra- I guess people have started realizing long back that educating your child and treating them equally irrespective of their gender is important. Therefore, things started changing. Till about 20 years back it was more seen in affluent sections, but now one sees it across economic strata that largely all parents want to give and provide the same opportunities to all children irrespective of gender. I feel here social media has played a constructive role where such stories are now being highlighted, which has led to a change in the society that is wanting to change and looks beyond just getting the girl child married. Wouldn’t say it at par at all levels between boy and girl, but we are getting there, the divide has definitely become narrower!

Vijayendra Kumeria- The mentality of people has changed for the good. Boy or girl doesn’t really matter, and a large part of society has stopped differentiating between the both. Boy or girl are both equal in every aspect of life, and I hope that the thought process of every person should be this. Gender equality is an accepted norm now. We have evolved considerably in thoughts, perception and mindset

Perneet Chauhan- If that’s true, it’s wonderful! Yes times are changing and girls everywhere are proving their worth. Though still, from what I have observed, more progress is required to change this thought process. Still, previous generations think of a boy as someone you can’t be said anything to, and rules are just for girls. It’s sad and regressive. With our generation hopefully, that will change completely. But change takes time and I’m sure we are on the right track. Girls are so powerful and at the same time sensitive. They can achieve anything they determine and take good care of their families as well. I see so many strong-hearted time-sensitive women around me. They are so inspiring. Girls are the best!

Ranaksh Rana- Change is evident but I do feel that equality should be visible in all stages of life and not just at birth. Data shows an improving trend in the gender ratio but have the opportunities, mindset and perspectives really changed at the root? I think we as a society still have a long way to go. I know some families which don’t think much about the gender of their children while bringing them up but I also know of families, and I’m sure a lot of people do, where a girl child is still a girl child and not given comparable, let alone same treatment as her male siblings. Yes, the percentage of the latter is reducing but this has to be widespread across all strata of the society. Action speaks louder than words and the actions have to reflect in all stages of life, whether personally or professionally for all genders

Reyen Eyes- The reason why men dominated for so long is rooted in primitive stages of human civilization. For example, physical strength played a major role and gave an edge in the past. But things were bound to change because people need different things to advance over others than they did a long back. But now, anyone can do anything, so the problem had to go away. I feel proud to be living in a country where women have more rights than many developed countries. Things are only going to get better all over the world.

Sham Mashalkar- Today there is not much difference between a boy and a girl. When my son was going to be born we never thought of having a girl and boy, we just thought children are blessings of God so we prayed for a healthy baby. The ratio of girl to boy is like behind 1000 boys there are 847 girls. If this ratio becomes less then it would be problematic. You have to accept it gracefully. Girls are a real blessing as they can handle both the houses. Today equality is there and rising in every fields of work. Whoever it is, a boy or a girl, educate them well and that is very important. I always feel that children should also be made to understand that there is no difference between boys and girls. This message should spread because in smaller rural areas the mindset of having a boy is still dominant. Today girls are doing much better than boys.

Pranitaa Pandit- I am a mother and a daughter. I have been brought up to believe that both genders are equal and both can do and achieve anything in their lives. As it’s said when you educate a girl you educate a nation, so everyone should take the initiative and raise their voice against gender discrimination.I am truly blessed to have a daughter and she is the reason of my all smiles and pride.

Hansa Singh- I wonder why we have different days for girl children day, but as we have to spread awareness and giving the womb a legit acceptance.Girls should be treated equal and respected for their brains.Despite so many accolades to look upon still we see around atrocities and child marriages.Only right education can bring more awareness. Celebrate girl always as she never leaves your side.